A chrome extension written in Elm to add some statistics and sorting to tracks that are played in plug.dj. Admittedly, it was also an excuse for me to try out Elm.

Something about Elm’s tagline really caught my eye and I just had to try it out.

A delightful language for reliable webapps.
Generate JavaScript with great performance and no runtime exceptions.

In case you didn’t catch that

Whoa! A javascript transpiler that promises no runtime exceptions?! Pretty increditble. They even back this up by claiming any runtime exceptions are considered compiler errors. With claims like this, I had to try it out.

It turns out they were able to achieve this by static typing and the Elm architecture which consists of three major pieces:

The only problem with Elm, is that it’s super terse and haskell-like. It makes starting with Elm unusually difficult. 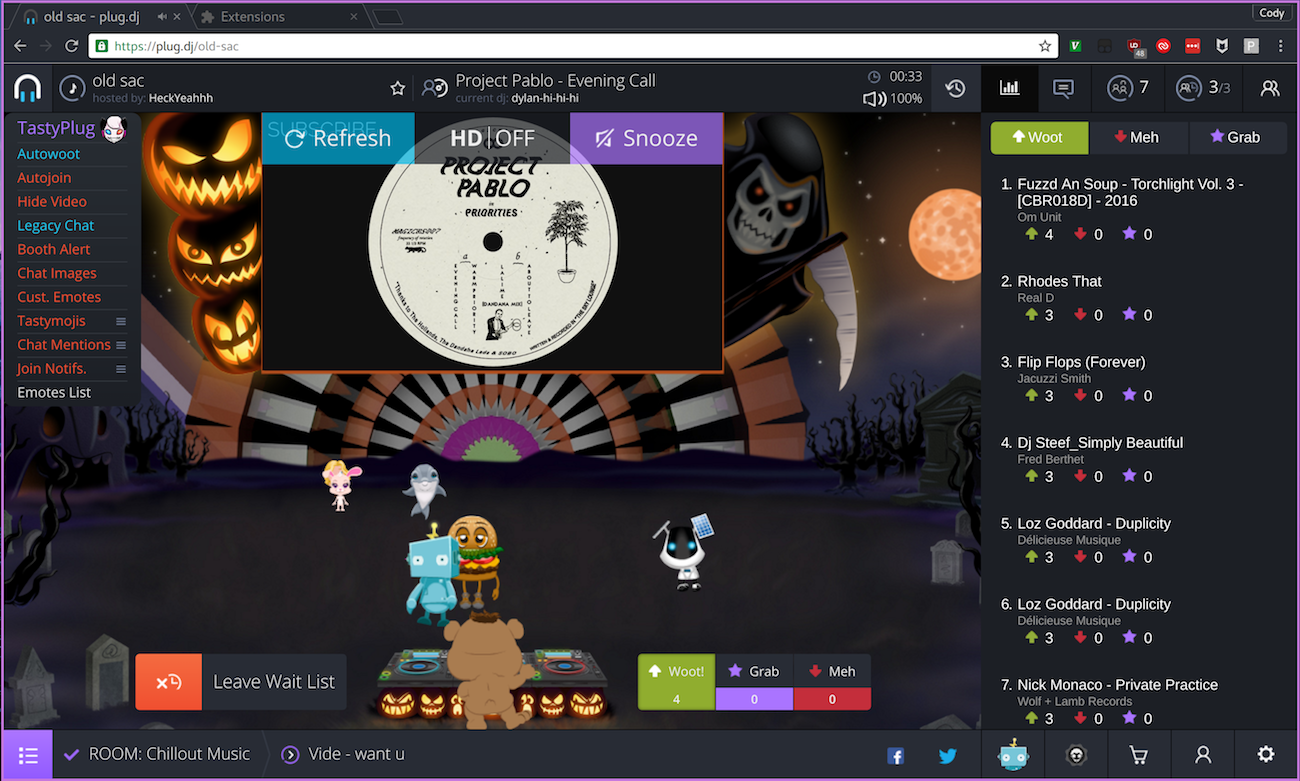